The 350 likes campaign has been cancelled, due to JinRyuu’s server policy. I apologize for the inconvenience. This post will be edited so it merely gives insight on what projects we are working on.

Hello players of JinGames 1.7.10! We have an abundance of server projects in the making! Our goal is to get as many of these completed by the end of Summer! I honestly doubt we can get it all done, but only time will tell!

First off, we have Dupling’s plans:
Kaioken Saga This will be a series of battles featuring Kaioken Goku!! Release is 6 days from now. July 1st
Grand Token System! Not much will be said for this one… 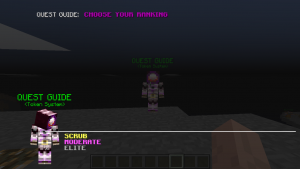 Now, for my planned projects. Hoo boy:
Daikion Phase 3 This extra stage to Daikion will feature a part 1 and 2 fight of Daikion’s new transformation! New upgrades will be introduced. Along with Phase 3 will include improved Pygmy spawns, and permanently increased fragment rates.
Dungeons Not much can be said about this. It is still in very early development.
Gt..?

The Global quest will under debate, as it was specifically planned for the campaign that has been cancelled.